Yahoo Messenger to be Shut Down 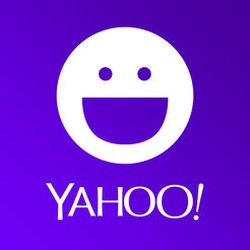 Yahoo Messenger, once one of the most popular instant messaging applications, has been announced to be shutting down on July 17.

The service, currently owned by Verizon, will be phased out over the coming weeks, while a new messaging service called Squirrel will come to replace it.

Yahoo Messenger was launched more than 20 years ago in March 1998. The service is so old, the original name was Yahoo Pager. As with many of Yahoo’s early products, Yahoo Messenger was a pioneering service on the internet. Instant messaging soon blew up online, with several competing applications such as AIM and Windows Live Messenger. But like many Yahoo products, the service was eventually surpassed by more advanced and convenient products, most relevantly mobile messaging apps. Even WhatsApp, one such mobile messaging app, was developed by ex-Yahoo employees.

The application that will replace it is called Squirrel, and it will consist of invite-only group messaging, a format similar to how SLAck operates. Squirrel is still in beta and will presumably replace Yahoo Messenger shortly after it is shut down on July 17.