Who & What Causes A Healthcare Breach? 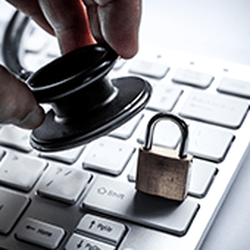 Technology advancements have revolutionized the healthcare industry, but with security breaches hitting an all-time high and shattering records year after year, what and who do companies have to be wary about? Read on to find out.

Often Insiders are a Bigger Threat than Hackers

Protenus is one of the largest security vendors for electronic health records (EHRs) and their mid-year review sheds some important light on the most common types of security breaches in healthcare. Figures were calculated based on reported incidents to the U.S. Department of Health and Human Services (HHS), the media, and state attorney generals. Here are several key findings all pointed towards one direction; those being:

The Hackers are Not Far Behind

To ensure peace of mind, you need IT professionals with years of experience in preventing security breaches all while adapting to the ever-changing and fast-paced technological landscape of today. Call us today so we can help secure and manage your highly valuable electronic medical records!


Your Firewall and Antivirus Won’t Protect Your Practice from a Data Breach or A HIPAA Audit. Call or Click Now to Speak with A Human at DCS And Find Out What We Can Do to Help Get Your Organization Up To Speed And Avoid The Avoidable Massive Fines And Penalties.