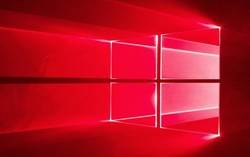 Microsoft has confirmed that the next major Windows 10 update, codenamed Redstone 5, is coming out this October. Unlike the standard updates and bug fixes released every Tuesday, this Windows 10 update introduces new features that will make your life easier. Here are some of the most notable improvements.

Windows 10 is getting a built-in app called “Your Phone” that makes it easier to integrate your phone’s features with your PC. For instance, it will let you send texts and instantly access photos from your phone’s library on your computer.

There’s also talk about syncing notifications between devices in future updates. Currently, the iPhone has limited compatibility with this app, but Microsoft promises additional features will be added later.

The Clipboard app has been revamped and now allows you to access a list of items you’ve copied to your clipboard, pin frequently used images, and sync your clipboard across your devices. All you have to do is hit Windows key + V to pull up your clipboard history and copy-paste items without having to constantly switch between windows.

Windows touchscreen devices like the Surface Pro will come with SwiftKey functionality, which lets you type by swiping your finger from letter to letter rather than tapping each one. According to Microsoft, this feature produces accurate autocorrections and makes typing faster once you get used to it.

All Microsoft apps will now support Dark Mode, which can be enabled by going to Settings > Personalization > Colors. This improvement may seem small compared to other features in this list, but Dark Mode reduces eye fatigue and saves battery life.

When you use Cortana’s search functions, she’ll now provide previews to give you more information. For instance, if you use Cortana to search the web, Bing search results will be displayed on your Start menu. Or, if you search for an application, Cortana will show you its download page.

Windows Security will replace the Windows Defender Security Center program and add even more safeguards for your devices. It will have a “Block Suspicious Behaviors” setting that detects and prevents app and file activities that can leave you open to attacks.

What’s more, Windows Security keeps track of all the Antivirus Software, firewalls, and other security measures on your device, so you can see threat reports and manage your device’s cybersecurity in one place.

If you’re tired of Windows 10 restarting your computer at the worst times, you’ll love the new predictive updates feature. This function uses machine learning to study your computer habits and predict the best time to restart and update your PC.

These are only a few of the features that Windows 10 has in store for users. Microsoft will likely release dozens more in future updates, so tune into our blog to learn about the latest Windows developments.


The days of using your "IT Guy" have passed. The only way to get cost-effective, competent IT support is to partner with an MSP that provides proactive, Managed IT Services. Talk to one of our sales engineers and find out how we can make your business run better.