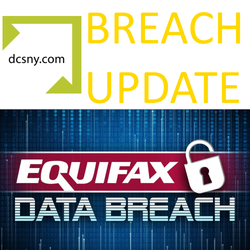 Back in 2017, Equifax, one of the three major credit bureaus in the US, made a major security blunder with a PII breach that leaked millions of pieces of PII or sensitive information, including Social Security numbers, addresses, driver’s license numbers, and credit card details. The company originally estimated that the data of 145.5 million people (almost half the US population) were exposed. But according to recent reports, there may be millions more affected by the the data leaks than originally reported.

On March 1, Equifax reported that the names and driver’s license numbers of approximately 2.4 million Americans were stolen. According to the company, sensitive information like home addresses, home states, or the license issue and expiration dates were not leaked. Equifax said these breaches were discovered only recently because their forensic investigations primarily focused on stolen Social Security numbers.

In response, the company said that anyone affected would be notified directly. They’re also now offering a security program designed to prevent identity theft and credit tampering. However, given the company’s poor track record, not many are willing to enroll.

When the company first announced the breach in September last year, the tool used to check whether an account had been hacked didn’t work and came up with false positives. Fortunately, there are other things you can do to protect yourself.

Consider looking through your credit reports for any suspicious spending. If you spot any new accounts, loans, and other payments you don’t recognize, contact your credit card company to report fraudulent transactions.

Compromised data is often sold to the highest bidder on the dark web, so most Equifax data can probably be found there. To see whether your personal information has indeed been compromised, sign up for dark web monitoring services. Then consult with a security professional to discuss your options.

One way you can prevent hackers from opening credit cards and making payments in your name is to freeze your credit. When you implement this, anyone masquerading as you will be required to provide a PIN to unfreeze your account. Contact the credit bureaus (Equifax, Experian, TransUnion) to activate this service.

When you set a fraud alert, credit card companies and businesses must verify your identity before opening an account or making any payments. Together with a credit freeze, alerts will make it extremely difficult for hackers to steal your identity.

Because Equifax is notifying data breach victims directly through email, hackers could take this opportunity to send fake messages that direct users to dangerous websites. As such, knowing how to identify phishing scams (suspicious URL links, attachments, and spelling errors) is vital.

Dealing with data breaches is a long and frustrating process, especially for businesses that just want to focus on growing their operations. So if you have any security concerns, call us today. We have the cybersecurity expertise to protect you.