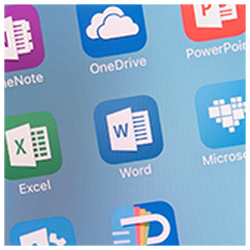 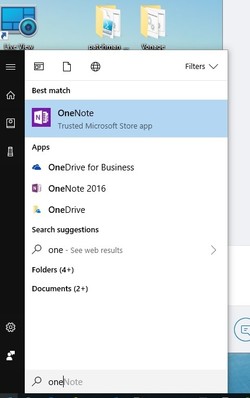 Microsoft to to Phase Out OneNote with Microsoft Office 2019
Posted May 07, 2018 by Rich Delaney, CTO

If you are an avid user of Microsoft OneNote for Windows you may be in for a surprise. The desktop version of the app will be phased out in favor of the UWP (Universal Windows Platform) app included with Office 365 and Microsoft Office 2019.

As a desktop application, OneNote is nearing the end of its long journey as the software giant, Microsoft, will stop developing the product line past the 2016 edition of Office and Office 365. Don't worry just yet, OneNote 2016 will share the same lifecycle as Microsoft Office 2016 so you have some time. The desktop app will continue to receive security patches and updates until October 14, 2025.

Instead, developers are directing their efforts to the Windows 10 OneNote app, where the switchover will be formal once Microsoft releases Office 2019 which is SLAted to be on store shelves by Q3 of 2018, and most of the features in OneNote 2016 have been added to the Windows 10 version.

What features will eventually make it to OneNote for Windows 10?

Users new to the Microsoft Office 2019 or Microsoft 365 versions can still install the OneNote 2016 application and the Windows 10  and Office 2016 versions will still be compatible until further notice.

If you want to know more about the Office 365 and Office lifecycle don't hesitate to call us today for more information on how to keep your software up to date while securing your private data.