Microsoft has announced a number of style changes coming to many of their Office applications, including Outlook, word, Excel, and PowerPoint.

The changes are designed to give each program a simpler and cleaner look, hoping to move away from the cluttered design of before.

The primary change is an update to the control bar at the top of each program (Microsoft refers to it as a ribbon), which is filled with several different tools that perform various functions. In the new update, the ribbon will be slimmed down to just one line. An example of what this look like can be found below. After slimmed down, the ribbon can be customized to include the commands that are most useful to the user. Alternatively, there will still be the option to expand the ribbon into its current form. 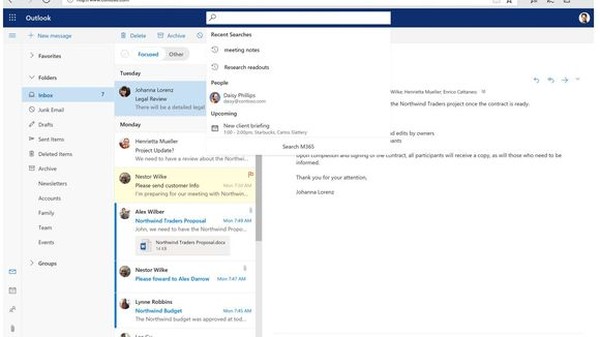 A second change being made to Office will be redesigned icons. The new icons will similar to the old designs, with the main difference in the new colors and higher contrast. This change was made to help those with poorer vision see the icons more clearly.

The final update coming to Office is an improved search bar. As you can see from the same picture on the right, the search bar will take a more prominent position in the updated ribbon. On top of that, the search bar will be programmed with artificial intelligence that will generate recommendations based on past searches as soon as your cursor is in the box, ensuring much faster searching for users.

Some of these changes have already been implemented in the web version of Microsoft Word, while the rest of the programs will receive the changes in the next two months.