Some Valuable Lessons Learned from WannaCry 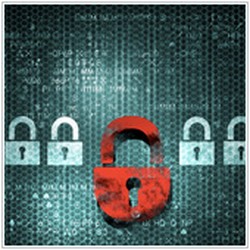 WannaCry is one of the few Malware campaigns to become a household name. It’s educated countless people on the reality of ransomware and the vulnerability of their data. If you’re still worried about whether you’re at risk, we’ve collected everything you need to know right here.

Ransomware Review - What is Ransomware?

Ransomware is a specific type of malware program that either encrypts or steals valuable data and threatens to erase it or release it publicly unless a ransom is paid. We’ve been writing about this terrifying threat for years, but the true genesis of ransomware dates all the way back to 1989.

This form of digital extortion has enjoyed peaks and troughs in popularity since then, but never has it been as dangerous as it is now. In 2015, the FBI reported a huge spike in the popularity of ransomware, and healthcare providers became common targets because of the private and time-sensitive nature of their hosted data.

The trend got even worse, and by the end of 2016 ransomware had become a $1 billion-a-year industry.

Although the vast majority of ransomware programs rely on convincing users to click compromised links in emails, the WannaCry version seems to have spread via more technical security gaps. It’s still too early to be sure, but the security experts at Malwarebytes Labs believe that the reports of WannaCry being transmitted through PHIshing emails is simply a matter of confusion. Thousands of other ransomware versions are spread through spam email every day and distinguishing them can be difficult.

By combining a Windows vulnerability recently leaked from the National Security Agency’s cyber arsenal and some simple programming to hunt down servers that interact with public networks, WannaCry spread itself further than any malware campaign has in the last 15 years.

Despite infecting more than 200,000 computers in at least 150 countries, the cyber attackers have only made a fraction of what you would expect. Victims must pay the ransom in Bitcoins, a totally untraceable currency traded online. Inherent to the Bitcoin platform is a public ledger, meaning anyone can see that WannaCry’s coffers have collected a measly 1% of its victims payments.

Protect Yourself for What Comes Next

Part of the reason this ransomware failed to scare users into paying up is because it was so poorly made. Within a day of its release, the self-propagating portion of its programming was brought to a halt by an individual unsure of why it included a 42-character URL that led to an unregistered domain. Once he registered the web address for himself, WannaCry stopped spreading.

Unfortunately, that doesn’t help the thousands that were already infected. And it definitely doesn’t give you an excuse to ignore what cyber security experts are saying, “This is only the beginning.” WannaCry was so poorly written, it’s amazing it made it as far as it did. And considering it would’ve made hundreds of millions of dollars if it was created by more capable programmers, your organization needs to prepare for the next global cyberattack.

Every single day it should be your goal to complete the following:

Revisiting these strategies every single day may seem a bit much, but we’ve been in the industry long enough to know that it takes only one mistake to bring your operations to a halt. For daily monitoring and support, plus industry-leading cyber security advice, call us today.


The days of using your "IT Guy" have passed. The only way to get cost-effective, competent IT support is to partner with an MSP that provides proactive, Managed IT Services. Talk to one of our sales engineers and find out how we can make your business run better.