Increase in the Number of Cyber Attacks on Wordpress Websites 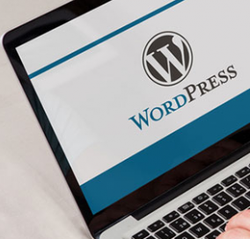 WordPress is currently the most used web platform, with a market share of 40-50% out of all Content Management Solutions (CMS) platforms. It powers various types of websites, from personal sites to those of small- and medium-sized businesses as well as multinational corporations. If you run a website on WordPress, yours may have been one of the thousands of sites defaced by 20 attackers. Read on to find out more.

Increase in WordPress Cyber attacks by the Numbers

In 4 separate attacks, an estimated 40,000 websites were compromised, defacing 67,000 web pages, which has quickly increased up to 1.5 million. A security release update, WordPress 4.7.2, was immediately launched to mitigate the flaw, but not everyone was able to deploy it on time, thus inflating the number of corrupted web pages.

Although WordPress took measures to ensure that the vulnerability would go unnoticed, hackers found a way to get around the initial fixes and exploited the sites that remained unpatched. Those who haven’t applied WordPress’s latest security release were the ones most harmed by the defacement campaigns, and it soon became highly publicized.

Fixes have been deployed and stronger patches are in the works, but hackers do not just sit around and wait to be taken down. In fact, more attacks are being launched concurrently with security developers’ attempts to strengthen blocking rules.

In preparation for further exploits, WordPress liaised with cybersecurity firms to implement protective measures. Google did their part by announcing via Google Search Console the critical security updates that webmasters must install to protect against the WordPress-specific attacks. Meanwhile, web application vendors and web hosting companies are poised to protect their customers from attacks by installing web filters on their customers’ web servers.

Despite these measures, the attacks are expected to continue and the masterminds behind them will come up with strategies more insidious than merely modifying several web pages. Updating security patches that can effectively alleviate the vulnerabilities’ impact will also take time to develop and launch.

The Importance of Patches

Some attacks may cause a blip on your business’s networks, while others might cause its demise. From all these attacks, one lesson is worth emphasizing: Applying the most up-to-date patches is critical to your systems’ security and business’s survival.

Unpatched systems are the easiest targets for hackers who are always on the lookout for vulnerabilities to exploit.  It is very important for you to understand that paying for website hosting is not that same as having someone maintain the website and to ensure that you are always running the latest versions of WordPress.

If your organization lacks the capacity to manually update security patches, consider deploying patch management software. Keeping all your software updated with the latest patches may seem like an insurmountable task, but the price of neglecting it can cost you dearly.

WordPress remains the most widely used CMS and its popularity is not going to wane anytime soon. If your website runs on WordPress and you’re considering security options that will ensure your company is poised to handle breaches, contact us for advice.