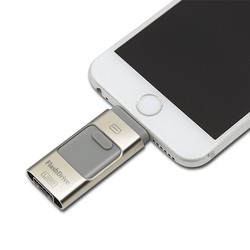 Today Apple released IOS 11.4.1, the latest iPhone update before IOS 12 is finally released later this year. Among various bug fixes and tweaks, the most significant change coming with the update is the addition of a USB restricted mode.

This new mode will create safeguards against using USBs with IOS devices. For a long time, locked Apple devices have been susceptible to being opened by USBs via the Lightning port. These USBs can be loaded with phone cracking tools, allowing someone to enter a phone without a passcode or fingerprint. One of the most high-profile cases of this was in 2016, when Apple refused to unlock an iPhone for the FBI, forcing the FBI to use a USB hack.

The feature can be found in Settings under Face/Touch ID & Passcode, which will now include a new toggle for USB accessories. Using the toggle, you can allow your phone to accept USBs after being locked. If the feature is disabled, then after an hour your phone will no longer accept USB devices.

The update is expected to bring about more debate over security vs. privacy. While the change will make phones more secure, it will likely hinder law enforcement from using USB devices as a phone cracking tool in the future. In a statement regarding the update, Apple stated "At Apple, we put the customer at the center of everything we design. We're constantly strengthening the security protections in every Apple product to help customers defend against hackers, identity thieves and intrusions into their personal data. We have the greatest respect for law enforcement, and we don't design our security improvements to frustrate their efforts to do their jobs."