New Apple Update will Automatically Share your Location with 911 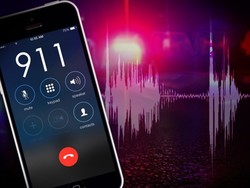 Almost anyone that uses Apple products knows how effective they are at knowing your location. Whether you’re tracking a route through a busy city, through a trail in the woods, or even through an airport, your smartphone will generally send you in the right direction.

Which is why it can be so frustrating and potentially life-threatening when 911 dispatchers only have a vague sense of your location. This information is crucial for knowing where to send help, and if not done quickly can have dire consequences. In a 2014 report, the FCC estimated inadequate location information leads to more than 10,000 unnecessary deaths a year.

Recognizing this problem, Apple has announced that it is partnering with RapidSOS, a startup that focuses on improving emergency call centers across the country, to implement a new feature for iPhones that will automatically share a user’s location with 911 dispatchers.

“Communities rely on 911 centers in an emergency, and we believe they should have the best available technology at their disposal,” said Tim Cook, Apple’s CEO. “When every moment counts, these tools will help first responders reach our customers when they most need assistance.”

Apple also stressed that this feature won’t be constantly tracking and sending your location. The program will only kick in during an emergency call. In addition, it will be an option to turn off the feature in settings.

The feature is due to be added to iPhones later this year with the IOS 12 update.