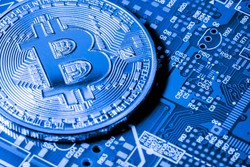 “Apps may facilitate virtual currency storage, provided they are offered by developers enrolled as an organization." In addition, apps may not mine directly for cryptocurrencies, unless the mining is performed in the cloud or otherwise off-device. Apps may "facilitate transactions or transmissions of cryptocurrency on an approved exchange, provided they are offered by the exchange itself," although apps facilitating Initial Coin Offerings ("ICOs") must originate from "established banks, securities firms, futures commission merchants ("FCM"), or other approved financial institutions." And finally, cryptocurrency-related apps "may not offer currency for completing tasks, such as downloading other apps, encouraging other users to download, posting to social networks.”

This ban on cryptocurrency mining is part of Apple’s overarching goal of restricting all apps that put unnecessary strain on their devices with excessive heat generation or battery drain, both of which comes with bitcoin mining.

The limited processing powers of an iPad or iPhone already made it difficult for one to actually mine bitcoin, but these guidelines will prevent any future attempts to mine cryptocurrency if the technology to do so becomes less energy-intensive, or any attempt to use these Apple devices in a larger network of computers.