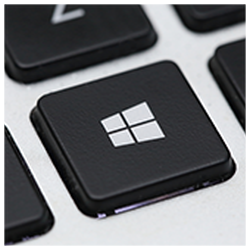 We live in a digital era where innovations are emerging quicker than the speed of light. This means older operating systems might soon be discontinued. Case in point, Microsoft Vista. After a 10-year run, Microsoft is set to discontinue support for Vista users from April 11th onwards. On top of that, key security or software updates will cease as well.

Launched worldwide on January 30th, 2007, Windows Vista has been Microsoft’s operating system for home and business desktops, laptops, tablet PCs and even media center PCs. This version came with a bunch of new features such as Aero, an updated graPHIcal user interface; Windows Search, a new search function; as well as Windows DVD Maker, a new multimedia tool. Vista aimed to increase communication between machines on a home network, with Peer-to-Peer technology that simplifies file sharing.

Not too long after its release, the operating system came under fire from both the users and the press. Initially, Vista aimed to improve the state of security, the main criticism its predecessor — Windows XP — received. There were commonly exploited security vulnerabilities and overall susceptibility to Malware, viruses, and buffer overflows. According to Net Applications, Windows Vista has less than 1 percent of global market share in terms of PC operating systems. Despite that, Windows 10 is doing extremely well, boasting over 400 million devices running on it.

Essentially, yes, but they will be susceptible to viruses on account of Microsoft discontinuing security updates. On top of that, Internet Explorer 9 won’t be supported either, meaning surfing the web with this browser could possibly expose you to even more vulnerabilities. Microsoft also warned users that certain apps and devices would not work with Vista, as software and hardware manufacturers are optimizing services for newer versions of Windows.

What’s the next step for your business?

We recommend that you upgrade to Microsoft’s latest operating system: Windows 10. But before doing so, check the software and hardware specifications of your PCs, since they might not be able to handle Windows 10. If that’s the case, users can opt for a Windows 7 upgrade as an alternative.

Keeping up with the latest technological innovations might be a tedious task, but it’s also an imperative one. To ensure the future of your small- or medium-sized business, you’ll be needing IT that works for you and not the other way round. For more information on Windows operating systems, feel free to get in touch with us today!


Contact Us now to save what's left of your critical files!