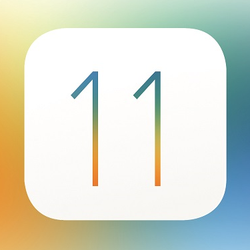 Urgent: If you are using the built-in Apple email software on your iPhone or iPad to connect to your work email please Postpone the iOS 11 Upgrade as it has a bug that severely impacts your Microsoft Office 365 or Exchange email account.

Apple has confirmed reports that users who have upgraded their iPhones or iPads to the latest iOS version have become unable to send email from their devices.

Apple’s latest mobile device operating system, iOS 11, was publicly released this Tuesday. Early adopters with email accounts based on Microsoft’s Exchange platform immediately began to report a bug that outbound emails would fail after installing the upgrade. Some have reported the error message “Cannot Send Mail. The message was rejected by the server” is received, whereas other messages would fail to send without any notification.

All Exchange-based email accounts appear to be affected by the bug, including Office 365, Outlook.com, Exchange Online and on-premise Exchange servers. Microsoft’s platform is the leader in business-class email with more than 80% market share in both on-premise and cloud based corporate email users.

All corporate and personal email accounts provided to our clients are Exchange-based. All users with corporate accounts (e.g. accounts ending in @yourcompany.com) are advised to postpone installation of the iOS. Apple reports that it is currently working with Microsoft to resolve the issue and may release a patch for iOS 11 shortly. As the issue lies solely within iOS 11, PCs, Macs, Android phones and Apple devices using earlier versions of iOS are unaffected.

Currently, users who have already upgraded their device to iOS 11 should be aware that there is a workaround. Outgoing messages sent through Microsoft’s Outlook for iOS App are not affected by the bug. The App is available from Apple’s App Store here. Installing the app and configuring the Exchange email account within it will allow outgoing messages to successfully send.

Outlook for iPad and iPhone: Download from the App Store here