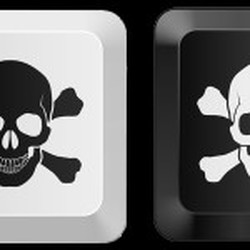 Simply explained a BotNet is a large number of Internet connected devices that have been infected with some sort of Malware that makes that device available to the owner of the botnet to be used in most cases for Distributed Denial of Service Attacks (DDOS).  Sometimes these computers are referred to as Bots or Zombies which is essentially a computer "robot" or "bot" that serves the commands the owners of the botnet or the creators of the malware. Most of the devices that are infected are home-based devices that are poorly maintained or not secured properly.

There has been a recent rise in the amount of devices that have been infected with malware which makes them part of botnets that continue to grow in numbers such as internet based security cameras, smart appliances, DVR's, Etc.

The more devices under the control of the botnet the more disruption the botnet can cause.

DCS feels that Botnets and not viruses, or worms, currently pose the biggest threat to the Internet as they have the power to disrupt commerce and trade as well as interrupt communications and entertainment media. With the ever increasing amount of devices that make up what is now being referred to by some as the "Internet of things"  the threat of botnets are now exponentially growing.