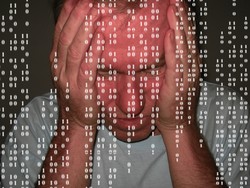 New Report Reveals Facebook Shared Information with Chinese Companies Flagged by U.S. Intelligence to have links to the Chinese Government

In the latest development of the continuing Facebook drama regarding selling of user’s personal information, it has been revealed that at least four of Facebook’s many data-sharing partnerships was with Chinese electronic companies. One of these companies, Huawei, has been flagged by U.S. intelligence officials for having links to the Chinese governments, along with suspicions the company may engage in foreign espionage on behalf of their government.

Facebook’s scandal began in last March, when it was revealed that Facebook was allowing a political consulting firm, Cambridge Analytica, to use an app to collect the information of millions of users, most of which was gained without consent. Since then, it has been revealed that Facebook had similar data-sharing deals with almost 60 other companies. While these data-sharing deals are not as invasive as the actions of Cambridge Analytica, it has raised concerns of Facebook’s policies when it comes to the use of user’s data.

With the revelation that one of these companies was Huawei, a Chinese company with suspicious links to their government, the privacy policies of Facebook have come under even more scrutiny. Huawei has been under suspicion for as far back as 2012, when aa congressional reported “close relationships between the Chinese Communist Party and equipment makers like Huawei.” The U.S. government has even recommended that American network companies avoid buying hardware from Huawei.

The report that Facebook had made a deal with this company appears to be true, although Facebook has claimed in a statement that the information shared with Huawei remained on its phones, and not on the company’s servers. Nevertheless, these new reports make it likely that Facebook is not yet done answering to Congress, with a request already made to CEO Mark Zuckerberg asking if he wants to revise his Senate testimony from April.