The Dangers of App Overload in Business 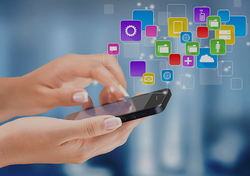 It is undeniable that there are several functions of business today that cannot be done without the assistance of apps and other programs. However, there reaches a point where too many apps can cause more harm than good. A recent study shows that an app overload can create confusion among employees, and the costs may be more than companies realize.

A new study conducted by CITE Research found that an excess number of apps can cause confusion in the workplace. More than 2,000 workers from the US, UK, and Australia were surveyed, and 69% were found to have wasted as much as 32 days a year navigating between apps, which on average amounts to an hour of productivity every day.

The research — entitled From Work Chaos to Zen: How Application Overload Redefines the Digital Workplace — explains that the biggest problem is with communication apps and channels. The average worker will have to juggle at least 4 different communication apps every day, which can amount to having 4 different conversations at once. 20% of workers even said they had use as many as 6 or more at a time.

On top of this, a worker will flip between apps as frequently as 10 times per hour on average, which leads to more wasted time. 56% of respondents reported that searching for information stored across multiple apps became disruptive to their workday, while 31% said it caused them to lose their line of reasoning. Although these different apps should individually serve as problem-solvers, together they can cause more problems than they solve.

Coming up with a solution

App overload can have a negative effect on work productivity, and their can be a difference of perspectives between employers and employees. Before installing a new workplace app, it can be helpful to consider if this new tool will increase productivity or just become another disruption for workers. In the CITE Research study, the majority of workers shared the opinion that having just one communication app would clear up a lot of confusion. Whatever the solution may be, it is important that business owners consider these issues and make plans that will benefit the workplace.