Will More Apps Save the Windows Phone? 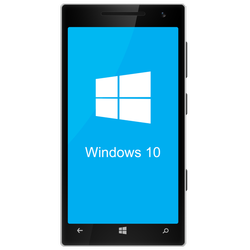 Windows has increasingly been left forgotten in the smartphone game. This is especially due to the huge success of iOS and Android devices. But just when you think that Windows smartphones will just fizzle out, Microsoft has quickly announced plans to revitalize their mobile operating systems. So what steps will Microsoft be taking to stay in the game? Here is a review of the solutions for the Windows 10 Mobile that Microsoft is planning to take.

Since its release, Windows 10 Mobile has not been getting as much traction as Microsoft had hoped. One of the biggest factors to this is due to Windows 10 Mobile struggling to get popular apps like Instagram or Snapchat onto their platform. This would mean that customers would have to settle for third-party services that were usually quite obscure, and had a higher chance of shutting down since developers cannot maintain the app running for long without proper funding.

Furthermore, because of such a small market for Windows 10 phones, fewer apps were being developed. No app creator was going to spend time making an app for a platform that is constantly overshadowed by iOS or Android devices. The only thing the Windows 10 Mobile had going for it was its lower price point, but with barely any apps to make the entire device worthwhile, customers were going elsewhere for more popular alternatives.

So, clearly, Microsoft needed to reevaluate their strategy to get people’s heads turning back to their devices. In pursuit of a larger user base for Windows phones, here are some of the features that Microsoft are planning to deploy:

Cross compatibility apps: In order to get on the same playing field, Microsoft has been trying to make apps that were only available on iOS and Android compatible with Windows devices.

Universal Windows Platform: Microsoft’s best solution for a lack of apps on the Windows 10 Mobile is to allow apps to run in several platforms. This means apps that were initially developed for PC, Xbox and Internet of Things (IoT) powered devices can also run on your phone. Instead of getting limited services from one device, you have access to all the apps available for any Windows 10 product.

We’re still uncertain if these strategies will make you want to run out to the nearest store and pick up the newest Windows Phone model, but it seems promising. Companies like Apple and Google have not been successful in unifying their apps for different devices. However, Microsoft’s large PC customer base and available apps can hopefully change that. It also gives Windows phones a unique selling point, other than their competitive pricing, which is sure to attract some customers.

These days, users are working with more than one device at any given time and as we begin to lose track of all the apps installed on our devices, a unified app platform can be just what we need for the future. So do you think you’ll be picking up a Windows phone anytime soon?