Be Ware of Scam Calls From Microsoft 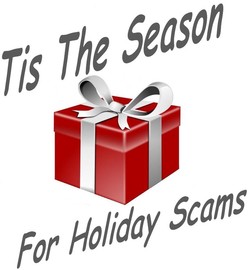 There has been a rise in reports that some consumers are receiving phone calls from people claiming to be calling from Microsoft Technical Support or Windows Tech Support:

The user typically receives a call from someone who claimed that my computer had been identified by Microsoft as vulnerable or even that they can show you that your computer has been hacked or compromised and they need to connect to your computer to either remove the virus or Malware . Even though most people had questioned the legitimacy of the call and in almost all cases the scammers were calling from India, they were convincing enough and clients were fooled into giving the hackers access to their computers.   The tech will try to show you that your computer has been infected by a virus by doing a fake scan.

In some cases the scammers then go on to charge you to remove the virus.

In most of the cases they remotely installed a piece of malware that allowed the hackers to steal confidential identity information.

This is a scam..  This is not a legitimate call from Microsoft.  Microsoft doesn't make unsolicited phone calls (also known as cold calls) about your computer security or software fixes.

If you receive a call like this one, it’s a scam.  Do not let them get any information or connect to your computer.

Cybercriminals often use publicly available phone directories, so they might know your name and other personal information when they call you. They might even guess what operating system you’re using. It’s still a scam.

Once cybercriminals gain your trust, they might ask for your username and password or ask you to go to a legitimate website (such as www.ammyy.com) to install software that will let them access your computer to fix it. Once you do this, your computer and your personal information are vulnerable.

Do not trust unsolicited calls. Do not provide any personal information

If you think that you have been the victim of a scam like this contact us immediately so we can assess the damage don't be a victim.


Contact us! Let's talk about improving your IT Support issues.