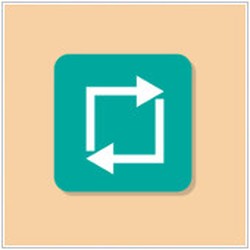 Managing your company’s Twitter account can be tricky. You have a lot of brilliant things to say in under 140 characters but the problem is getting more eyes on your tweets. What’s worse is that there are other companies competing with you to grab that attention. So what can you do to get more people retweeting your posts? Here are a few tricks you can use to get more retweets.

There is absolutely no point in tweeting out any content if your audience isn’t even awake for it. That’s why it’s important for you to tweet at the right time to get the most retweets. Usually people won’t be retweeting in the morning and are more likely to retweet around 2pm to 6pm EST. However, if your followers live in different time zones and countries, the time you should be tweeting may vary. Twitter tools like Tweriod track down the geograPHIcal distribution of your audience and pinpoints the optimal time you should be tweeting to get the most retweets.

The next time you tweet out something, try embedding a link in your post. Whether it’s news, sports or celebrity updates, people will put some effort in keeping up-to-date with their interests. Studies have also shown that links to instructional posts get the most amount of retweets as well. The problem is, 140 characters is not enough content for your followers. So by satisfying your audience’s curiosity, you motivate them to pay you back by sharing your tweet out to their friends.

This is perhaps the most obvious tactic to get some retweets. Using call to action phrases such as “please retweet” significantly increases your chances of a retweet. Of course, you probably aren’t the only one asking for retweets. Adding something to sweeten deal, like a prize for one lucky person who retweets you, gives people incentive to do so.

Intriguing images can inspire retweets. Images are a great way to convey a lot of information in a short amount of time, and social media users love that. Some have found that, using colorful images and infographics in their tweets significantly increased their engagement rates and found that more followers were retweeting their content. It’s probably because there’s just more content to engage with other than a witty 140 character thought.

Research has shown that some words are more retweetable than others. Words like you, twitter, please, retweet, post, blog, social, free, media, help are the top 10 most retweetable words. However common-use words in any conversation such as “lol, haha, work, sleep or watching” are less likely to get retweeted. Unless you’re someone incredibly famous, it’s best to avoid using conversation filler words and stick to the buzz words that encourage people to share your tweets out to everyone they know.

Quotes express a lot in one simple line, making it perfect for any Twitter posts. Depending on your audience, a thoughtful quote can really move their fingers to click that retweet button. The next time you’re running out of ideas for tweets, dig up some good quotes relevant to your topic to get those retweets going. However, don’t continuously plug in quotes into your tweets. The trick is to do it occasionally, so you don’t risk people tuning out of your tweets.

You’ll notice that the more popular tweets tend to have at least one hashtag. Using hashtags on keywords helps categorize your tweets with similar ones, giving your posts a bit more reach and, hopefully, more retweets. Just make sure you don’t overdo it as #thiscanbequiteannoying.

We get that small business may find it tough getting their name discovered among so many social media accounts. But if you consider some or all of these Twitter tactics, you have a better chance of getting more eyes on your tweets. If you want to learn more about useful Twitter tactics to increase your exposure and engagement, give us a call today.