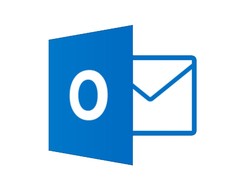 The time has finally come for Office 365’s Outlook to get the Focused Inbox feature which up until now has been available for the iOS and Android mobile apps.

If you’re not familiar with Focused Inbox, this incredible feature separates your inbox into two tabs: Focused tab which includes emails that matter most to you and the “Other” tab for everything else. Focused Inbox makes it easy to identify email that needs your attention so you never miss anything important.

Our IT pros know how important it is to be able to parse out some of the noise that comes along with our daily routines and have been eagerly awaiting this technology to become available to Outlook.

This feature is part of a gradual rollout and will be coming to all versions of Outlook starting in September and will give you one consistent view of the important items in your inbox.

How will this feature affect me?

It is important for you to know that the Focused Inbox is a refinement and improvement on an existing feature in Office 365 call Clutter. Clutter has been less successful and proved to sometimes be a little slow on its ability to learn what is clutter and what's not.

As Focused Inbox rolls out, Office 365 will stop moving messages to the Clutter folder and you will have mailbox level control of the feature so you can decide to use the feature in a manner that works best for you.